Even with mounting rumors of regulation, the FAANG giants continue to brazenly throw their weight around

Practically everyone agrees that the biggest and most familiar tech companies — the so-called FAANG gang: Facebook, Amazon, Apple, Netflix, and Google — are overdue for a regulatory comeuppance. Experts maintain it could be arriving soon: After all, many of these firms’ CEOs have been hauled before congressional committees repeatedly, and rumors of potential antitrust action abound. So how are those threatened giants behaving under that heat?

Well, one popular target of regulatory rumors, Amazon, just announced that it’s using its supersized market power to muscle its way into yet another consumer category: prescription drugs, which it is now promising to make available on a two-day delivery scheme for members of its Amazon Prime service. The news instantly whacked a combined $10 billion off the valuations of Walgreens and CVS, demonstrating the market’s appraisal of Amazon’s muscle.

Meanwhile, fellow FAANG Netflix, which has enjoyed an influx of new customers thanks to everyone being trapped at home, seems to have realized that we’ll be stuck binge-watching for a while longer, and raised its prices. (Rival streamer Hulu is charging more, too.) Google announced last week it will end free unlimited storage for its Google Photo service, to the consternation of users who signed on for that very feature. And Apple, lately under pressure for charging app developers a whopping 30% cut of sales through its app store — a policy that has sparked regulatory scrutiny, complaints from app creators, and a lawsuit from Fortnite maker Epic Games — announced a new policy this week: It will now charge smaller app-makers 15%, which is hardly a capitulation.

In other words, the tech giants aren’t acting worried. If anything, they’re as brashly ambitious as ever. The Amazon example is particularly stark: Just weeks ago, a supposedly “damning” Congressional report on the tech giants painted the company — simultaneously the biggest e-tailer and a major e-commerce marketplace — as an outsize influence in digital commerce, abusing its massive data-collection abilities to undercut competition. The European Union has just charged Amazon with antitrust violations on similar grounds.

But is Amazon running scared? Are any of the FAANGsters? The evidence suggests just the opposite. Even Apple’s erstwhile concession seems, on closer look, mostly tactical. The 15% fee applies to developers who made less than $1 million through the app store in the prior year — a big group, but one that by one estimate accounted for just 5% of App Store revenue in 2019. This is more of a fig leaf than a sacrifice — Epic Games says the move is designed to “divide app creators” — and remains a steep price that any fledgling app-maker has almost no choice but to pay.

As with Amazon continuing to throw its weight into new retail sectors, that’s not FAANG running scared. That’s just running as hard as ever — and daring anyone to catch them.

Apple might have one final hardware surprise in store for 2020... 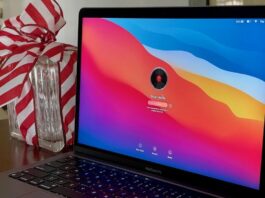 How to reinstall macOS Big Sur on Apple M1 Macs –... 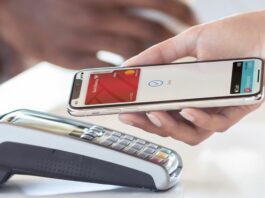