Apple this week posted new jobs looking for 6G wireless systems research engineers, as the race to define 6G picks up. It has posted jobs in Cupertino and San Diego for wireless research systems engineers for 5G/6G.

While the next ‘G’ is not yet defined and the world is still rolling out 5G, there is a huge race globally to start research and to experiment with the potential materials and the wireless communications technologies that could define 6G. While I covered some of the initial thinking on what 6G might look like in 2018 after a visit to Oulu, Finland, the first limited deployments of whatever 6G is going to be may not happen before 2030.

So, Apple’s 6G researchers are clearly going to be in it for the long term, and this could turn out to be a plum job for the right person if Apple still commands a leading market position in 2030. The job definition is very specific, with the following overview:

In our unit, we have the mission to research and develop wireless technology for next generation radio access networks across different layers (PHY, MAC, CP, DP). You will work on defining system level concepts, proposing and researching innovative ideas & algorithms, performing complex system simulations, defining rapid prototyping platforms to help prove your ideas and specifying RAN protocols and for next generation (6G) cellular systems.

The details, posted on LinkedIn, continue to add that the role involves looking at system design starting from a use case of relevance to Apple products, participating in industry and academic forums “passionate” about 6G technology, and contributing to future 3GPP RAN work items on 6G technology. In addition, it involves defining and providing vital systems engineering support towards rapid prototyping platform development in the form of system requirements and system design documents.

Among the person specs, Apple said it is looking for someone with strong exposure to wireless system design and channel sounder design in very high frequencies (GHz, THz), and someone with familiarity with low power design for smartphones and wearables, and with wireless system optimization for augmented reality, virtual reality and automotive applications.

The person would need experience with edge computing, positioning and ranging based services and solutions, sensing technologies such as FMCW radar, a good foundation of machine learning concepts and ability to apply them towards solving problems in sensing and radio access networks, and a understanding of mmWave antenna array design and RF system design of state-of-the-art mmWave transceivers.

The job specification is clearly very well defined, and Apple seems to be stating its intent on making sure it is not too late to the game when 6G does finally take some shape. Some had suggested that its 5G-enabled phone was late to market compared to its competitors. The company also became part of the Next G Alliance last November, an initiative aimed at advancing North American mobile technology leadership in 6G and beyond over the next decade.

With 6G very much at the beginning of the Gartner hype cycle, a lot of money is being thrown at it. According to Cambridge, UK, based research firm IDTechEx, over one billion dollars was committed to 6G work around the world, and China even sent up an experiment on the possibilities. Finland, Korea, and China are particularly active in researching the terahertz electronics that will be at the heart of 6G, but there is excellent work in India and elsewhere, according to the firm. Backing Finland and its partners are over $350 million of new European Union research grants. Although little is decided – not even the frequency – much can be said about the extremely ambitious 6G objectives and challenges.

In 2018 on my visit to Finland, Professor Ari Pouttu at the University of Oulu said at the time how they were simply laying down a marker, to start work on some of the research. He emphasized at the time how it can sometimes take 10-15 years for a research idea or innovation to reach a level of maturity, so it was important to start thinking about it now. He also highlighted the challenges of terahertz communications, including the materials to handle this.

This is clearly very important if 6G is going to provide a generational improvement over 5G. We have covered some of the work aiming to address the terahertz communication challenges. This includes things like a 100GHz wireless transceiver chip, and the demonstration of a 140GHz 100Gbps transmission using a simple mixed signal RF architecture, as part of the progression towards a roadmap for 6G. More recently, CEA-Leti announced it is leading a pan-European consortium to develop and test technology that will allow on-demand, dynamically programmable radio wave propagation of 6G signals through everyday surfaces like walls, ceilings, mirrors, and appliances.

All these projects will be essential in developing the knowledge base, the trials and prototypes that would help formulate a roadmap for 6G. A recent report from IDTechEx, “6G Communications Market, Devices, Materials 2021-2041”, attempts to forecast a roadmap, as well as some of the challenges, misconceptions, and opportunities.

One of the key parameters of 6G will be the leap into the terahertz band – that means in the unallotted terahertz band of 275GHz to 10THz, also known as far infrared. According to IDTechEx, this is the ‘wild west’ cowboy territory of physics, where few components exist and signals generated are weak as yet. This is otherwise known as the “Terahertz Gap”.

For this reason, initial experiments are often taking place at the easier end – 100-300GHz. The FCC has proposed formalizing this “experimenter’s play area” in some bands between 116 and 246GHz. 6G rollout may, like 5G, start at a relatively easy frequency (say 275GHz) and later migrate to a challenging higher frequency (1THz) for most benefits. (5G started at a few GHz and is migrating to tens of GHz).

That upper, ultimate THz frequency is unlikely to be higher than 1THz because, just after that, atmospheric attenuation of the beam jumps up to severe levels, and components also become extremely challenging. In fact, the THz frequencies will be used at local level and between satellites, the rest being Free Space Optical (FSO) in most cases because laying fiber optics will be too expensive or impractical. There may be some C band GHz long-distance links as well.

To address the various challenges posed, there will be plenty of opportunities in areas ranging form front end modem and chips and edge-of-network device capabilities to terahertz beam management. These are touched upon in my article, “6G: Roadmap, Challenges and Opportunities.”

On the subject of terahertz communications, and in what would on the surface appear not directly related, the US Patent and Trademark Office published four Apple patent applications this month related to terahertz sensor modules. They refer to spectroscopy and imaging in a dynamic environment using a module comprising a terahertz beam emitter, MEMS micromirrors, and MEMS motors or actuators to move the MEMS micromirrors to change the direction of the terahertz receiver. In turn, a terahertz receiver is configured to receive a reflection of the terahertz beam from a reflective object in the environment.

While this would seem unrelated, one particular statement in the application states:

“When not being used for spectroscopy or imaging, the THz sensor module(s) can be repurposed for high-speed THz-based data communication applications.”

It doesn’t say any more than this. But maybe that suggests Apple has already started in earnest on its 6G wireless research, at least as far as addressing some of the terahertz communications challenges goes. 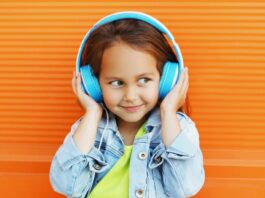 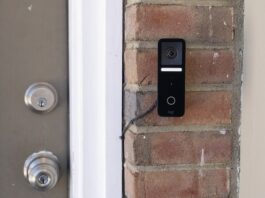 Logitech Circle View Doorbell review: if Apple made a doorbell 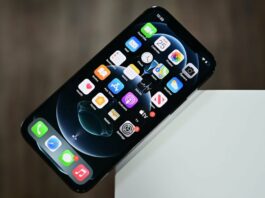 Apple could shift 10% of iPhone 12 production from China to...