The U.S. Patent and Trademark Office officially published a series of 63 newly granted patents for Apple Inc. today. In this particular report we briefly cover yet another folding device patent that will be added to Patently Apple’s growing archive. It’s a very different design from all others that Apple has presented over the years.

Apple’s patent that broadly covers foldable devices notes that a flexible display in an electronic device may have a bendable portion that overlaps the bend axis. In this type of arrangement, the electronic device may be used in a folded configuration in which portability is enhanced and an unfolded configuration in which the display is unfolded for use.

While folding smartphones have been covered before, one unique folding configuration popped in patent FIG. 6 as presented below. 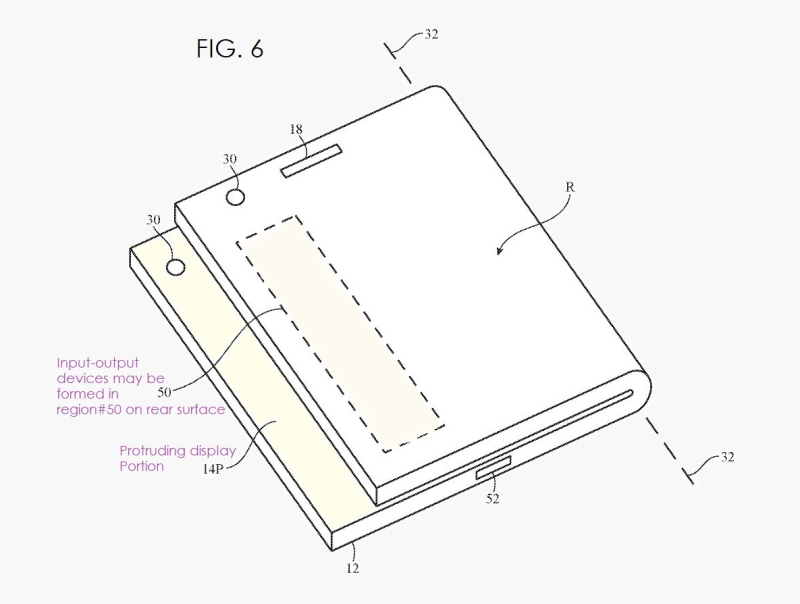 The uncovered persistently exposed display area may also be used by the control circuitry to display icons (e.g., icons associated with default applications and/or a set of frequently used and/or user-defined applications) and/or other content.

Apple’s granted patent that was issued today by USPTO was originally filed in Q2 2018 but not publicly published until now that it’s been granted.

With Apple out of the picture, Microsoft may buyout TikTok, not just U.S. business