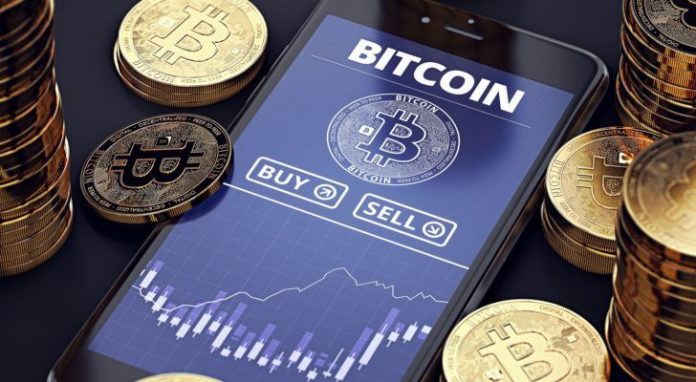 Chris’ note: Last week, hundreds of people in Argentina lined up to get their savings out of the bank. If you don’t live there, you may think this doesn’t impact you. But my colleague Teeka Tiwari has a different take…

It has to do with something he calls the “Great Unwinding.” Below, Teeka shows you what that is… and how it could impact you as an investor no matter where you live.

“Should I take my savings out of the bank?”

Last week, a member of my editorial staff at our headquarters in Delray Beach, Florida, got an urgent call from her grandmother in Argentina.

On September 2, the Argentine government imposed capital controls restricting dollar purchases. The new measures limit purchases or transfers of more than $10,000 per month.

The central bank says it won’t hinder people from withdrawing money from their accounts. But Argentines don’t trust the government – and for good reason…

The second time around, riots broke out. Supermarkets were looted, and angry depositors vandalized bank ATMs.

That’s why hundreds lined up at banks across Buenos Aires last week. They wanted to withdraw their savings after the latest government-authorized currency controls.

This is a time when we are getting a lot of surprises. Tomorrow we might wake up and see that everything has changed. I prefer to be cautious and not regret it later.

Now, I’ve been warning my readers for weeks that we’re about to enter a global currency crisis. I call it the “Great Unwinding”…

Even though we’ve never had a situation where all global currencies got crushed at once… I believe a broad-based currency meltdown is in the offing.

And today, I’ll share why savers need to adopt a new paradigm to survive the implosion of fiat currencies…

The current economic crisis in Argentina was triggered last month when the opposition candidate defeated President Mauricio Macri in a primary election.

That result spooked investors, who feared a return of interventionist policies. The main Argentine stock market crashed more than 30% – in one day.

The Argentine peso collapsed over 25% (and continues to fall).

To keep it afloat, the government announced the new capital controls. And that’s why my colleague’s grandmother is considering withdrawing her savings.

Total emerging-market debt has tripled since 2007 – and now stands at $69 trillion. (Just last year, Argentina took out an emergency $56 billion loan from the International Monetary Fund to cover its short-term debt.)

To make matters worse, many of these loans must be paid back in U.S. dollars. And as the dollar rises, their currencies get weaker. So the loans are more expensive to service.

Now, emerging markets need to pay back (or refinance) $1.5 trillion in debt over the next 18 months.

But guess what? They don’t have the money.

Countries are issuing debt they can’t service – and printing too much money to try to cover it. Nothing kills a currency faster than that.

I’ve said it before, and I’ll say it again: A new narrative is emerging. And it’s, “Oh my goodness, the spaghetti just hit the fan all over the world.”

But we’d never seen negative interest rates before, either. Yet now, about $17 trillion worth of government bonds worldwide (25% of the market) trade at negative yields.

Think about that. Lenders are actually paying borrowers. That’s insane.

And when it does, investors will look elsewhere for alternatives – like bitcoin.

Without getting into the weeds, bitcoin runs on something called a blockchain. No individual person runs the bitcoin blockchain. It’s peer-to-peer, with no intermediary. So governments can’t shut it down. They can’t confiscate or put controls on it.

Even China – with one of the more repressive governments in the world – has tried to ban bitcoin. Yet trading still flourishes there. Russia, Vietnam, and Colombia have all tried and failed, too.

For those who have lived through several currency devaluations (like Argentines), bitcoin is a substitute for putting their money in banks. In fact, they’re willing to pay a $1,000 premium or more for bitcoin.

Even with bitcoin’s wild volatility, they’d rather have 20% of something than 100% of nothing.

Now, if you’re from a country with an established fiat currency, you probably won’t place your savings into a volatile asset like bitcoin.

But consider a small stake; it could turn into life-changing gains as the Great Unwinding unfolds.

Central banks can paper over problems for a very long time – but not forever. At some point, the fiat currency bubbles around the world will burst.

And when they do, more people will rush into bitcoin and altcoins. And that will send prices soaring.

Let the Game Come to You!

P.S. As I mentioned above, all you need is a small stake in crypto to make life-changing gains. In fact, for the past year, I’ve been researching a number of tiny crypto projects. And now that Crypto Winter is over, I’m ready to reveal them to the world.

That’s why on Wednesday, September 18 at 8 p.m. ET, I’m holding my first live crypto webinar of 2019. It’s called 5 Coins to $5 Million. I’ll tell you about a market phenomenon we won’t see again until 2024 that’ll push these coins to new highs.

And if you register now, you’ll also get my new No. 1 crypto pick during this event. Plus, you’ll have instant access to free training videos available only to members of my elite crypto trading service, Palm Beach Confidential.

So click here and enter your email to reserve your spot today. (As a bonus, you’ll have a chance to win a free lifetime subscription to Palm Beach Confidential.)

The post Bitcoin Can Protect Your Savings From Currency Devaluations appeared first on InvestorPlace.

The future ecosystem of Bitcoin