Digital currency Flow, created by the same team that developed Ethereum’s hit dApp, CryptoKitties, performed rather strongly ever since its release. The coin’s token sale, which concluded in early October 2020, put its price at $0.1. Since then, the coin has seen tremendous price growth which allowed it to reach $26 less than 24 hours ago.

In the last four weeks, Flow went from $1.5 to $26, which was followed by a slight price drop to $21.04 at the time of writing. Meanwhile, the token has also seen a massive increase in trading volume. Its daily volume is not huge compared to leading coins — it is currently only at around $66 million. However, considering the fact that it sat at only $287 less than a month ago, the project has certainly seen quite a surge in popularity and usage.

Flow project started back in 2019, but its team has been around for a while. As mentioned, these were the same developers who created CryptoKitties in 2017, and the project has become a massive hit. After that, the team started thinking about different approaches to solving the issue of scalability. With none of the existing solutions working, the team created their own solution, naming it Flow. This was necessary, like most decentralized blockchain plans that can scale adequately depend on side chains and sharding, while these are not good options for development networks such as what Flow has become.

Instead of relying on sharding, it created its own technique called SPoCKs, or Specialized Proofs of Confidential Knowledge. The project created its token and launched it on September 22nd, when it became available for purchase. As mentioned, its initial value was $0.1, but Flow surpassed that value a lot since October 2nd, when the sale had ended.

Since then, the project has been attracting partners and support from all over the crypto world, and it even got listed on Kraken in the final days of January 2021.

What is Flow for?

Flow comes as a developer-friendly blockchain, created to support ecosystems of apps, games, and digital assets that would power these apps and games. Basically, developers wanted to create a dependable platform for applications, that can provide new features and benefits for users. Flow already offers artists or banks to use crypto tokens to give their fans a direct way to show their appreciation. Then, there are games that reward players who add value and enable assets and identities for users to take across the open environment. It can even support platforms for sports fans from all over the world. Fans can gather here, buy and sell verified, authentic digital collectibles and memorabilia, and do it all in real-time.

Flow will likely be able to offer even more than all that in due time. Keep in mind that the project is still young and much of what it will achieve has yet to be reached.

Who Makes Up the Flow Community?

The flow community is already quite massive, and it is growing more and more every day. The project has already teamed up with global partners who helped develop and stress-test the platform. On top of that, it is inviting artists and developers to join, create, and sell.

The easy consumer onboarding also helped the project develop a community quickly. All of this attracted users, as well as partners and backers, such as Binance, Ubisoft, Nba, Samsung, Circle, Berkeley, Kraken, nWay, BlockDaemon, UFC, Warner Music Group, and many others.

The project has over 1,500 members on its Discord server, and over 33,000 people following it on Twitter, indicating that the community is vibrant, strong, supportive, and highly interested in the way Flow has been moving.

So far, Flow devs did not share much about what they are planning for the short-term future. However, if you are interested in the project, make sure to keep an eye on its Twitter, Discord, and more, so you will become aware of any new changes or projects that might be underway. 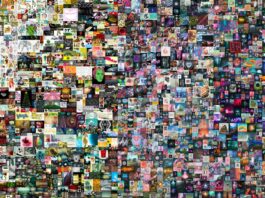 NFTs Boom as Collectors Shell Out to ‘Own’ Digital Art

Uniqly.io Launches an ICO of the Ecosystem that Enriches the NFT...

Missing out on the crypto revolution