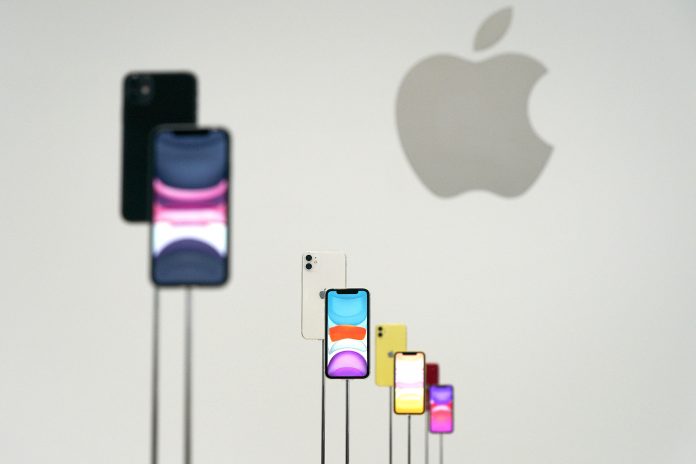 The trade war with China has thrust global supply chains to the forefront, as companies look to figure out how to weather the disruptive storms of tariffs and threats.

Apple (AAPL), of course, is one of the biggest and most important companies in the world, and has an especially complicated global supply chain that’s tightly linked with China. But for investors, understanding, evaluating and comparing its exposure to supply chain risk is difficult as supply chain disclosure isn’t usually mandated. Furthermore, there are many different ways of looking at supply chain and business relationships.

To help understand those risks and relationships, Yahoo Finance Premium explores five different types of what are called ‘relationship exposure scores,’ by analyzing millions of unstructured documents and filings. Looking at the data, three key players stick out.

Hon Hai Precision (2317.TW)—better known as Foxconn Technology—is a Taiwan based electronics manufacturer that makes a huge volume of iPhones and iPads for Apple in China. As the literal manufacturer, the company is a hugely valuable part of the company’s supply chain.

ON Semiconductor (ON) is a company that produces all manner of little parts for Apple’s products. Think logic boards, power management, and tons of those circuit thingies you see when you open up an iPhone.

According to the data, this company has the highest “financial exposure” among Apple’s suppliers. The financial exposure is a weighted percentage of the financial correlation between the two companies, compared to other similar relationships. This score is calculated based on the correlation of companies’ stock prices and the length of time of the relationship. These companies are likely influenced by similar factors or economic conditions affecting the market, or by each other. This number is normalized to be a usable, comparable figure. The higher the number, the more the stock typically moves with Apple’s.

Qualcomm (QCOM) and Apple have had a very complicated relationship. Qualcomm is a semiconductor company that makes chips for phones, which Apple uses. In 2017, Apple sued the company for $1 billion. (In 2018, the EU hit Qualcomm for antitrust violations.) The two companies almost fought it out in court this year, but settled instead.

Companies are of course often mentioned together in the media, and calculating the number of mentions in news articles can give insight into business relationships. In the media, where there’s a Qualcomm, there’s often an Apple. This doesn’t include SEC filings, and it isn’t a very “financial” metric, but it may reflect how the public views the companies’ narratives.

Qualcomm also has the greatest total exposure. This calculation synthesizes the correlation from financial exposure, the news mentions from media exposure, and the revenue-based economic exposure into one number to view what companies might be most affected by each other. Qualcomm and Intel, for example, would likely be affected by changes at Apple.

Ethan Wolff-Mann is a writer at Yahoo Finance focusing on consumer issues, personal finance, retail, airlines, and more. He is reporting from Berlin on the Arthur F. Burns fellowship from the International Center for Journalists. Follow him on Twitter @ewolffmann.

Americans are trying to invest in Denmark’s negative mortgages

Tech companies are trying to disrupt banks, and banks are ready

‘Flight shame’: A potential headwind for airlines in Europe

Apple Card might finally get people to use Apple Pay

Read the latest financial and business news from Yahoo Finance

Sometimes you have to complain: Apple’s iOS ads