Bitcoin’s whole modus operandi is decentralization. No banks, no governments, nada—the entire thing is hosted across an international network of computers, their operators anonymous, and anyone can fork the open-source project to create their own at any time.

And for the most part, these principles hold up in practice, according to blockchain analysis firm Coin Metrics, which today published a research report on the subject. “Bitcoin is meaningfully decentralized in terms of miner and exchange concentration, and its supply is increasingly evenly-dispersed,” it concluded.

Coin Metrics analyzed the Bitcoin blockchain across three main metrics: wealth distribution, the distribution of hash power and the market share of exchanges.

Does Bitcoin have a wealth inequality problem?

First up is Bitcoin’s wealth inequality. Coin Metrics analyzed the presence of whales—ultra-rich users—using publicly available on-chain data. It found that Bitcoin certainly has whales, but since the network was created in 2008, “its supply has become more evenly distributed, with smaller accounts comprising an increasing proportion of the aggregate supply.”

And the little guys “continue to represent the majority of accounts”—most addresses own less than $100 in Bitcoin.

Next is the distribution of hash power. Hash power is a metric that represents the computational power expended by miners to verify transactions on the Bitcoin blockchain. If the network would not be decentralized at all, then just a few miners, or mining pools, would dominate the hash power; someone with over 51% of the hash power could control the network and manipulate and credit wallets with cryptocurrency tokens at will.

But Bitcoin mining is “a thriving, distributed ecosystem,” found Coin Metrics. Power is dispersed between several major exchanges, among them Binance, OKEx and Huobi, as well as several dedicated mining pools.

But since its power is funded by its customers, “Even a rational, well-resourced mining pool could have difficulty coordinating a 51% attack, since miners could leave the pool if the operator decided to attack the network.”

Is there a monopoly over crypto exchanges?

The last vector is the dominance of cryptocurrency exchanges. Since most people use these companies to buy and sell Bitcoin, they exert a huge amount of influence on the network. That’s because most big exchanges are custodial, meaning they control the Bitcoin deposited on the exchanges. “Excessive centralization among exchanges exposes the market to systemic risks in case of insolvency,” said Coin Metrics.

Analyzing the monopoly exchanges hold over the Bitcoin/ US dollar pairing using something called the Herfindahl-Hirschman Index (HHI), which “increases as a market becomes more monopolistic,” Coin Metrics found that the “market is considered moderately consolidated according to this metric,” and not monopolistic.

Though Coin Metrics recognizes that its analysis is far from comprehensive, it thinks that its research “gives reason for cautious optimism.” 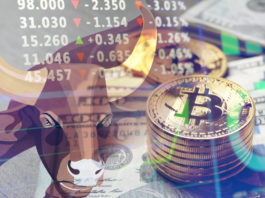 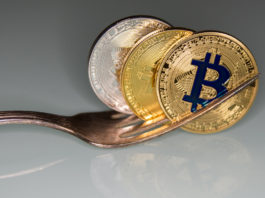 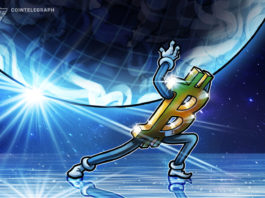