A light dew suspends itself on finely manicured lawns as you glide past. Lucky Strike in hand, Miles Davis plays on the radio as you adjust the six-way power seat. At the office, the space in front of the door has your name on it.

The year is 1960, the winner of capitalism is you, and your car is the Cadillac Eldorado Seville.

The first Eldorado debuted as a new flagship for Cadillac in 1953. It was exclusive, wore a special body, and was available solely as a two-door convertible. Its official title at the onset was the Series 62 Eldorado, and it was twice as expensive as the 62 upon which it was based. In 1953 it cost $7,750, or about $75,000 adjusted for inflation.

Available for a single year only, the Eldorado set itself up as an American luxury standard; however, because it was so expensive, GM-required volume sales were impossible. Time for a change.

In 1954 the second generation Eldorado arrived, once more available only as convertible. This time, there was no unique body, and it looked very similar to the Series 62. Turned into a luxury trim, Eldorado sales soared. A product split occurred in 1956 when the hardtop Seville appeared, at which point the convertible received the Biarritz moniker. The Seville quickly accounted for a third of Eldorado sales.

Quick to move forward, the third Eldorado was ready for the ’57 model year. Standard Eldorados were still a trim of the Series 62, but Cadillac pulled out the stops for a new Series 70 Eldorado Brougham. Hand-built and with suicide doors, the sedan was $13,074 ($121,000 adjusted), and cost more than offerings like the Rolls-Royce Silver Cloud. The Series 70 is worth its own Rare Rides article at a later date.

In 1959 a new Eldorado appeared yet again. Coupes and convertibles moved to their own body, a version called Series 6400, though they maintained the same wheelbase as the new Series 6200 sedan. The Eldorado Brougham was no longer hand-built; the less extravagant large sedan was on the Series 6900 body and built by Pininfarina in Italy.

The fourth generation Eldorado two-doors saw enormous fins and gigantic hunks of chrome trim applied liberally, as overall length grew to 225 inches. All were powered by a 390 cubic-inch (6.4L) V8 of 345 horsepower, which shifted through a four-speed automatic. Most everything was standard equipment, apart from air conditioning. 1960 was a revisionist year for the Eldorado; styling was smoothed and toned down a little. Pointy surfaces were reduced in number, there was less chrome up top (it migrated down below the doors), and the fins shrunk in size. Standard upholstery for 1960 was a Chadwick cloth, or upscale mixed Chambray cloth and leather.

Today’s pink Eldorado Seville is resplendent in metallic pink. It’s worth noting the interior is not original, lowering its value. It’s currently on eBay and asks $34,800. 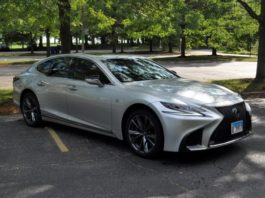 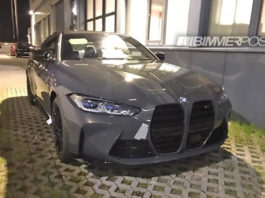 BMW M4 Leaks, Can Smell You Where You Sit 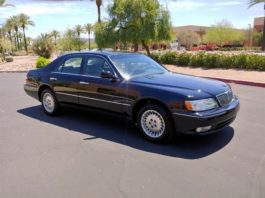