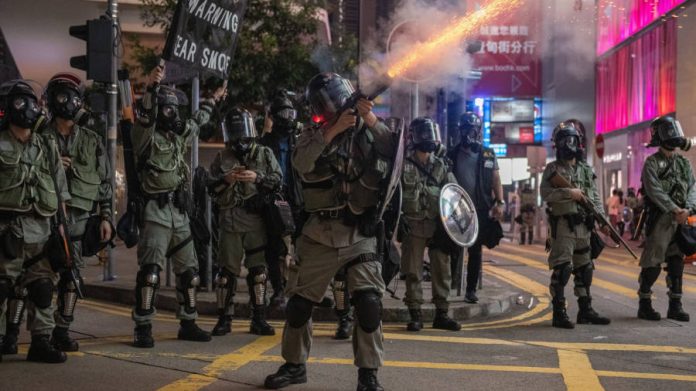 US senators have warned that US export controls may not be strong enough to stop China acquiring “secure sensitive technologies” through Hong Kong, and has asked the Trump administration to review the laws.

“We believe it is critical that the United States take appropriate measures to ensure China does not abuse Hong Kong’s special status under US law to steal or otherwise acquire critical or sensitive US equipment and technologies in support of its strategic objectives or to infringe on the rights of people in Mainland China, Hong Kong, and elsewhere,” the senators wrote in the letter, which was sent to secretary of state Mike Pompeo and commerce secretary Wilbur Ross.

Lawmakers also expressed concerns over the use of tear gas and rubber bullets against Hong Kong protesters, and said the US should consider matching the UK in suspending licences for the exports of crowd control equipment to Hong Kong.

“In the last several weeks of protests, Hong Kong police have used tear gas extensively to disperse protesters. They have also used rubber bullets (including allegedly at close range) and beat protesters with batons, inconsistent with acceptable norms of treatment of civilians by law enforcement,” the senators wrote.

Hong Kong has been hit with months of unrest as people protest against Chinese infringement on the territory. While the protests were originally sparked by a proposed bill that would have allowed extradition of criminal suspects to China for the first time, they have turned into demonstrations more broadly critical of the leadership in Beijing.

Separately, three members of Congress introduced a bill to stop exports of non-lethal crowd control equipment such as tear gas and rubber bullets to the Hong Kong police.

“Hong Kong citizens and the international community have called for changes to the Hong Kong Police’s crowd control tactics and these requests have gone unheeded by” the territory’s government, the bill said.

Hong Kong’s police force has received growing criticism for its use of tear gas, rubber bullets and most recently water cannon trucks to disperse crowds. Amnesty International has said the force has used tear gas, batons and rubber bullets “in an excessive and unlawful way”.

The sinister new technology on the streets of Britain