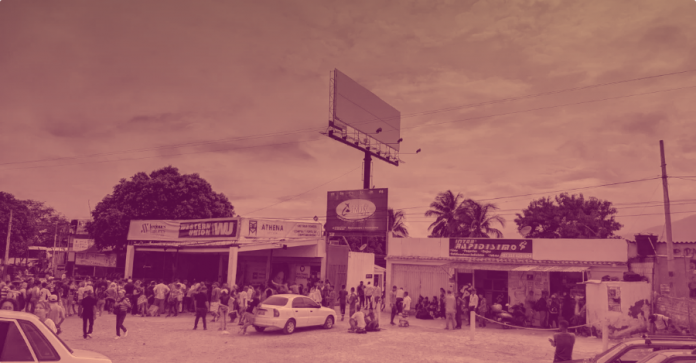 After years of waiting, and despite a relatively high and impressive volume of Bitcoin trading, Venezuela has finally got its very first Bitcoin ATM.

According to the CoinATMRadar, the Latin American firm PandaBTM has installed a crypto ATM in San Antonio del Táchira. The machine is located inside a small convenience store, called Viajes e Inversiones HC (Travel and Investments HC), by the side of the main road towards Colombia.

The ATM supports Bitcoin (BTC), Bitcoin Cash (BCH), and DASH, as well as sovereign bolivars (the official currency of Venezuela) and Colombian pesos. (Both fiat currencies are used interchangeably among residents of the Venezuelan-Colombian border.)

For a small town, San Antonio del Táchira is a very crowded place. It serves as a passageway for tourists, migrants and merchants who shop in Colombia to then resell whatever products they procure in Venezuela, and vice versa.

The crypto firm Cryptobuyer had previously announced its intention to place a Bitcoin ATM in Caracas as part of an expansion plan that included Venezuela and Colombia, but the initiative never materialized. (Though a machine was physically installed and tested, the ATM never went live.)

Before today, the closest Bitcoin ATM accessible to Venezuelans was located on the Colombian side of the border, even if it was just a short walk away for those living near enough to do so. The firm Athena purposely set up that crypto ATM right next to a Western Union. Nice move.

The use of foreign currencies is commonplace in Venezuela. But in all this fiat frenzy, and an economy in crisis, interest in Bitcoin in the region has grown.

Colombia is currently the country with the most Bitcoin ATMs in Latin America and is close to doubling this number thanks to a partnership between Paxful and Coinlogiq to install more than 20 ATMs throughout the country.

Other efforts to expand the crypto ecosystem in Venezuela include a recent partnership between PundiX and Traki, Venezuela’s largest retail chain. The department store plans to install physical point-of-sale systems throughout its 49 locations across Venezuela to allow customers to pay in Bitcoin and other cryptocurrencies.

All in all, the launch of the Bitcoin ATM in San Antonio del Táchira is good news for its residents. They finally have an ATM that actually gives them cash.

The Biggest Threat To Bitcoin Is Back On Track

How the Latest German Regulations Target Bitcoin Exchanges and Custodians